Adult Literacy: A total of 45 centres were operated, 20 centres for female participants and 25 for males. During 2003-2011, over two thousand adult male and female participants were helped to gain literacy, supported by 75 volunteer-trainers. The programme was implemented in three Sub-districts (Upazilas): Kaligonj, Aditmari and Gongachora.

Self-employment: This part of the programme was registered with the Co-operative Societies Association, the Youth Development Department (Yuba Unnayan Adidaptor) and the Department of Social Service (Shamaj Sheba Adidaptor,  Reg No. Kali/Lal/ 265/08, Date-11/06/08). In addition to the distribution of cows, rickshaws, vans and sewing machines, the project also offered micro-credit which has benefited over 200 families. Half of those receiving micro-credit have been female members.

With the passage of time, a shift in the type of support being provided has taken place; direct help with cash and in-kind support featuring strongly in recent years. Perhaps this was a natural development, given the acute poverty that exists in the locality. With the aim of remaining focused, CEI has been supporting a large number of vulnerable and poor elderly and orphans under the following two projects. The remit for poverty alleviation transferred to the Orphans Welfare and Poverty Alleviation Project 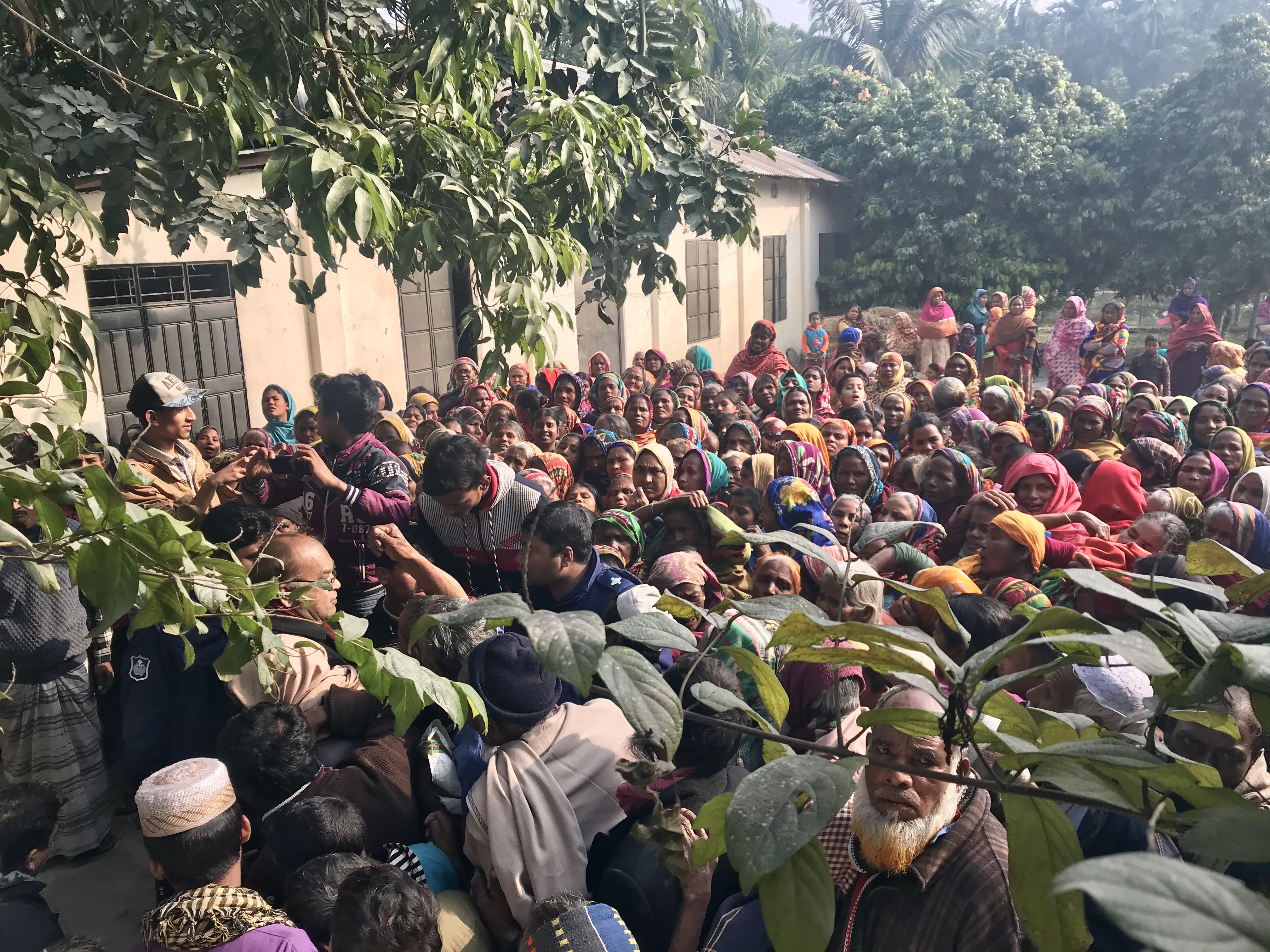 This project has received strong support from our sister organisation: the US-based Charity Education International USA.  Every year, over two thousand poor and vulnerable people (mainly elderly) are helped with cash and in-kind support.  Also, in recent years, during the winter season, blankets are distributed to the poor and the needy; Mr Ariful Haque Choudhury of ASA Bangladesh has been a major donor of this particular project. The most recent distribution of cash, 25th December 2029, reached 2000 recipients.

The Orphans' Welfare Project:  Since 2012, with help from two of our kind donors, Dr Sharif  Zubair and Mr Tahir Shuaipaj, we have been implementing an Orphans' Welfare Project, under which a large number of poor and vulnerable orphans have been receiving financial support. Indeed, this project has become a lifeline for many of these vulnerable children.  Under this project, two programmes are implemented:

This project is being regularly monitored by a team with Mr Majedul Islam (Manager of KRHC) working as the main Co-ordinator.